Botox is the short name for botulinum toxin, a group of molecules produced by the bacteria clostridium botulinum,ʼ It act as a ‘neurotoxinʼ in the body, blocking the action of certain nerve types. In medicine, this toxin has been refined and tiny doses of the original toxin can be injected into areas where it is desirable to block the action of some nerves,

In aesthetics, it can be injected directly into the tiny muscles of facial expression to relax the muscle tension on the skin, where they create lines with age; this then relaxes the lines and wrinkles. It can also be used to relax muscles that pull down on the face, for example in the neck muscles, to give a lifting effect. Likewise, it can also be used to block sweat glands, so can be used for treatment of excessive sweating (hyperhidrosis). Migraines can also be treated effectively with Botox injected into several points in the scalp.ʼ

Does Botox have side effects?

Side effects with Botox are rare but, as with any injection into the skin, there is a risk of bruising and tenderness at the injection site. Headache can sometimes be experienced by people on the first day of treatment too. Much rarer side effects include flu-like symptoms and difficulty swallowing.ʼ

Botox is generally considered an extremely safe treatment and there are very few exclusions. Pregnancy is a contraindication, as is myasthenia gravis and some other rare neurological conditions.

Age is usually after completion of facial bony skeletal. For girls 12 to 14 years & boys 14 to16 years . no upper age limit for any sex. For birth defect no age limit.

What are fillers and how do they work?

Dermal fillers are a group of injectable medical products designed to add volume to tissues. There are many different types of fillers, such as hyaluronic acid fillers (the most common type), collagen-stimulating fillers (such as sculptra) and permanent fillers (such as silicone) .Fat transfer might also be considered a ‘fillerʼ.

Generally speaking, fillers can be injected into areas to replace lost volume and revitalise the skin. There are many different consistencies and forms of fillers, for use in different areas, and the technology is improving rapidly.ʼ Results usually last for 18 months, but can be reversed before that time.

Do fillers have side effects?

Side effects with dermal fillers are generally rare, but include bruising, swelling, lumpiness and rarely vascular occlusion (where the injected filler is accidentally injected into a blood vessel, causing blockage and damage to the tissue the vessel supplies with blood). The latter is a very rare complication. Side effects such as nerve damage, allergic reaction and infection are extremely rare.

What should you ask your consultant before considering fillers?

The main thing to ask is about their qualifications and experience. Given the volume of issues I see from inexperienced practitioners (most often beauty therapists), it is important to confirm your practitioner is medically qualified and is able to inject hyaluronidase to dissolve any filler should there be a vascular occlusion.

Contraindications to fillers include local infection in the skin, previous reaction to filler, allergy to any ingredient in the filler and pregnancy. Since fillers are generally considered ‘inert medical devicesʼ, they donʼt necessarily have to be prescribed by a doctor and can be bought over the counter – hence the possibility of fillers being injected by beauticians and hairdressers. This brings a whole lot of issues to the industry. 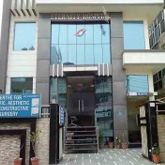 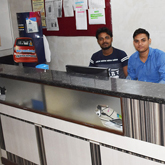 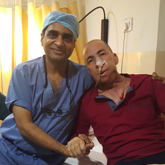 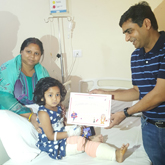 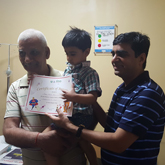 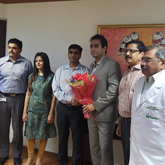